TYSON FURY insists he has leapfrogged Anthony Joshua into a surprise fight with Deontay Wilder because AJ doesn’t have the nuts for the battle.

The Watford superstar needs the American’s WBC belt to complete his heavyweight collection of WBA, IBF and WBO straps, but talks with Wilder keep collapsing.

Wembley is booked for the April 13, with the unification super-fight the target, but former champ Fury claims he is advanced talks to challenge the Bronze Bomber in December.

The Gypsy King said: “When you’ve got no nuts, you wont’ fight people.

“Joshua and Eddie Hearn have got no bottle, no heart and no guts.

“I’m taking this fight to prove to the British public what they are – s***houses.

“He’s world champion and he’s supposed to be the golden boy of British boxing and I’ve had to come out of retirement to put British boxing back on the map because at the minute we are a laughing stock. The whole of America is laughing at us.

“It takes the Gypsy King to come out after three years to beat the best fighter out there.

The announcement is a drastic turn around after the 29-year-old and promoter Frank Warren insisted, after almost 1000 days out, he needed four comeback fights.

The second is on August 18 against Francesco Pianeta, but the third could now apparently be an unlikely shot at the Alabama giant.

FRANK ON THE UP

‘i stand by my goals’

Fury said: “The one thing I can say about Deontay Wilder is that he is brave.

“They tried to do a fight with Joshua, Joshua has run his behind in the bushes, they don’t want no part of it. That’s it.

“Wilder wants to come after me. He wants to become the lineal heavyweight champion of the world and to do that he needs to beat me.”

Fury also took the chance to slate Joshua’s most recent performances as the bad blood between them continues to flow.

He said: “He is picking his opponents, little small men. It just shows you the calibre of the man.

“Carlos Takam gave him all sort of problems and the referee had to save him by stopping Takam when he didn’t have to because he was holding on for dear life. And Dereck Chisora has just knocked Takam spark out.

“Joshua couldn’t land any punches on Joseph Parker and Dillian Whyte dropped him and nearly knocked him out and he’s a bum.

“He has been exposed in my opinion and if he does fight Wilder he will get knocked out because he’s useless.

“He’s been working on too much power and not enough speed. Bum. End of. Remember they’re all bums.

It should come as no surprise that photojournalists chasing interesting people, places, and things would lead interesting lives, themselves. Some of their shared experiences were documented on film that no Petersen staffer expected to ever be seen outside of the photo lab, recorded for internal entertainment only. Six decades further down the road, however, such outtakes glisten like gold amongst familiar, published negatives. Often, what determines whether or not such a nugget is selected for these pages is the story behind it—or lack thereof. We strive not only to identify who’s in a shot, but also why the credited staff writer or photographer deemed the particular scene worthy of fully 1/12 of that roll of medium-format, 12-shot film. Perhaps only that one person can say—or would’ve said, had we gotten to him in time. Those roving reporters were mostly in their mid-to-late twenties or thirties, already. Add 60 years, and it’s easy to understand why a tempting image might be rejected today only because its shooter either can’t remember or, more commonly, took that inside information to his grave. (Prime example: Fully half of this installment’s photography is the work of the late Eric Rickman, whom historians haven’t been able to pester since 2009.)

Luckily for HOT ROD Deluxe and y’all, Spence Murray and Bob D’Olivo are still around, able, and willing to suffer dumb questions about obscure images that neither had seen since their film was processed and proofed in 1958. The irony of using modern technology to digitize, share, and identify ancient negatives that belatedly appear here as black dots on paper—same as ever—is not lost on either nonagenarian. Though Rod & Custom‘s founding editor has been physically slowed by strokes that hinder typing, wife Carolyn expertly transmitted Spence’s memories of building, driving, touring, and crashing the Dream Truck. The same month he crashed into a Kansas ditch, D’Olivo bumped into Jill St. John at Riverside Raceway. Along with Bob’s four frames of the actress, we noticed Motor Trend‘s main photographer was shooting some 35mm film, instead of the larger formats used almost exclusively by Robert E. Petersen and his hirelings since the start. Mature readers will recall that the smaller, lighter, single-lens-reflex (SLR) design was as nearly as revolutionary in its time as Apple’s camera phone became. For this issue, the longtime Petersen photographic director listed the advantages of 35 mm for race coverage.

Your hub for horsepower

Another thing that this latest round of archive research uncovered was an unprecedented number of entertainers and other celebrities not normally associated with our hobby. Stateside interest in sports-car racing was booming, especially now that underdog Corvettes and Thunderbirds dared to challenge European exoticars. Entertainment figures had been associated with hot rod shows since the very first one, in 1948, for which young Robert E. Petersen lined up some B-list beefcake to lure wives and girlfriends to the Los Angeles Armory (while Pete peddled the Jan. ’48 HOT ROD outside). Relationships created during and after his postwar stint as a Hollywood agent would increasingly bring those worlds together in Petersen-produced magazines, promotions, indoor shows, and special events. Thus does his incomparable photo collection contain a unique combination of show-biz and automotive milestones, along with mug shots of the employees who documented them. Many more examples await discovery. We can hardly wait to peek behind the curtain at 1959’s outtakes, next, before blasting into the ’60s.

UFC 227: Dillashaw vs. Garbrandt 2 – Inside the Octagon Preview

They had on-court drama during last month’s NBA Finals, and it looks like Tristan Thompson and Draymond Green’s beef was far from settled.

The players got into a big fight earlier this month inside LA nightspot Delilah, multiple sources told BOSSIP. Both ballers were in the …

The Keeping Up With The Kardashians momager, 62, was accompanied on her night out by bodyguard and boyfriend Corey Gamble, 37.

Alongside Nintendo’s latest financial results, which were shared earlier today, small tidbits of information surrounding release dates for future games have also been tweaked, updated, and revealed in the process. One such game is Fitness Boxing, a title that was first announced by Imagineer just over a month ago. 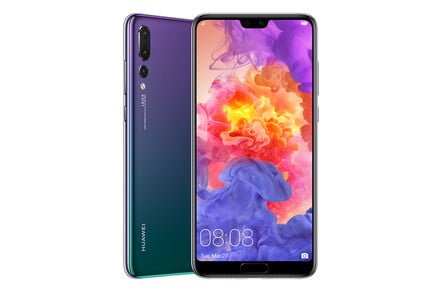 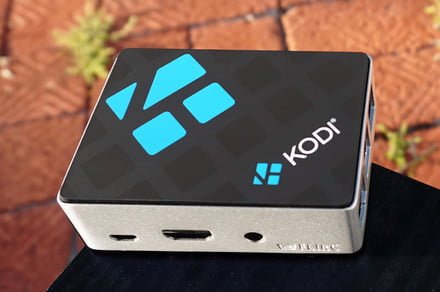